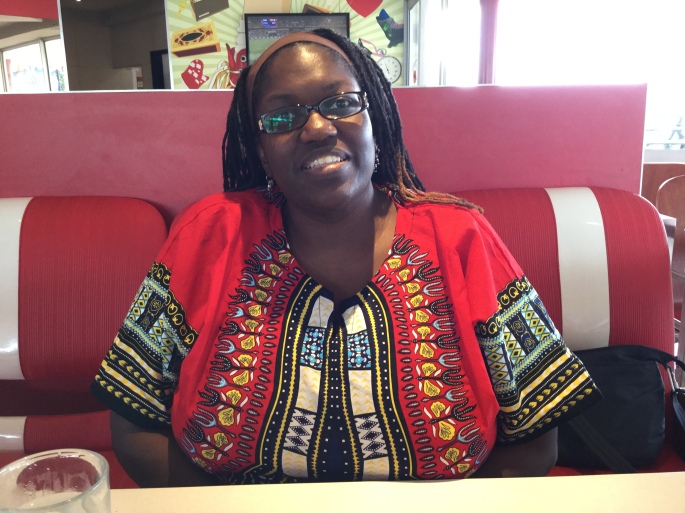 My conversations with Zinzile were rich and fulfilling while I was in South Africa. I used every available opportunity to ask questions about her work in maternal health with the Human Rights in Childbirth Summit: South Africa 2015, her experiences as the Zulu Doula, and her expertise as a town planner and the co-owner of Azania Strategic Urban & Rural Developers (Pty) Ltd in South Africa. I always find it intriguing to consider others’ processes and perspectives… Zee has much to share.

As we were awaiting our meals at a restaurant one day, we were discussing some of the experiences we had had together. We had visited some new mothers and their newborns the day before where out of the six mothers who had birthed, four had birthed by cesarean-sections, which they call caesars. Zee explained the high rates of c-sections at South Africa’s public hospitals and even higher rates at private hospitals.

Modern technological advancements in maternity care include c-sections for mothers that face medical challenges. Still, as with any major medical surgery, there are possible complications that have prompted the development of global initiatives to reduce c-section rates in an effort to improve maternal health.

At some point, Zee turned the video on me, asked me about my motivation for being a birth mentor and doula (among all of the other hats I wear), and pushed record.  Here was my impromptu response:

“Thank goodness there are some Black women here!” Those were the first words I heard Marianne Littlejohn say as Zee and I found seats. We all giggled at the remark. I told them I am accustomed to being one of the few or the only Black person at birth workshops and conferences I attend in the U.S. and asked if they usually have more Black women in attendance? Several of the women replied: No… It is the same way here… There are mainly white women at these workshops.

Zee had told me that the situation in South Africa was similar to that the U.S. where few Black women were involved in birth work, but I didn’t believe her. She said that even among African midwives there were cultural changes that did not allow African women to benefit from more recent practices that promote gentle birth. How is it possible in a place where 80% of the population is Black African?

It is shameful that Black midwives have played such a prominent and sustaining role in childbirth historically (only 50-60 years ago) yet they are almost non-existent in the 21st century. It is sad that for many Black women, should they desire to birth with someone who looks like them, that option would not be available. How does that happen in only half a century?

I have always believed that in a different life… Under different circumstances and in simpler times, I would have been a midwife. When my children were younger, I considered disregarding my B.S. in Mathematics and my Masters in Education and beginning my education all over again to become a midwife. At a cellular level, I know that I have been called and purposed to connect with women and girls in this way.

In my real life current situation, however, I know the bureaucracy that surrounds birth and that is not for me. Birth is considered a medical emergency by many. Women are treated as if they have an illness for which the only cure is the birth of the baby. So women may be rushed and their births medicalized to the point where many women no longer believe they can experience childbirth as more than a passive observer. While infant and maternal mortality rates have definitely decreased over the past 100 years with the medical advancements, one would be hard pressed to find a balanced and holistic approach to childbirth in many areas of broader society.

I was grateful to be in attendance at Marianne’s workshop with the other midwives and doulas. Resolving a shoulder dystocia is primarily the responsibility of the medical professional tending to the mother, still I am grateful for the additional knowledge that will allow me to be a better support for mothers. I was appreciative of the opportunity to learn with other individuals who are persevering beyond the obstacles to help women birth in hospitals, in birth centers and (if they choose) in their own homes.

Here are some highlights from the workshop: 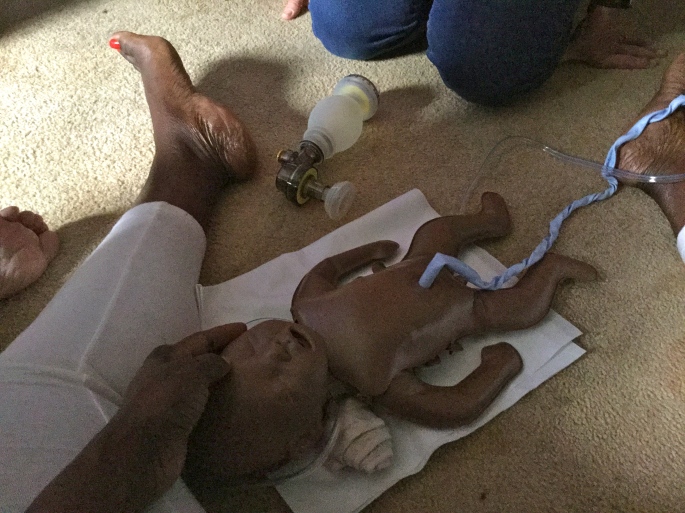 While I was at Marianne’s midwifery workshop, I noticed that all of the dolls that were being used in the workshop were brown babies. The babies were actually brown like me. I mentioned it under my breath once, “Wow… brown babies…” Some women laughed.

When I actually held one of the dolls, I mentioned it again, “Oh wow… This baby is almost as dark as I am…”

Once we completed an exercise and I had “birthed” my little brown baby through shoulder dystocia, and they had placed the doll in my arms, I said, “Ohhh… Look at you… I am just IN LOVE with this little brown baby! And all of my babies came out very light. I wish I could find these in the U.S.”

A couple of the women looked at me strange and perplexed…

Marianne said, “You know those were ordered from the U.S.?”

“Yes…” she and another midwife answered.

“I can never find brown dolls in the U.S.” I said. They went on to tell me where I could order them.

Funny thing… I can’t find the paper where I wrote down the information. I have tried Googling childbirth education resources/supplies/dolls/models… I added “black” and “brown”…

I was just about to give up, because (once again) all I saw was pink babies… But wait… I think I found one… Look at this little cutie from Birth International… I can get it shipped directly to my home… From AUSTRALIA!

If any of you that work in childbirth know where they are hiding the brown childbirth education dolls in the U.S., please let me know in the comment section. 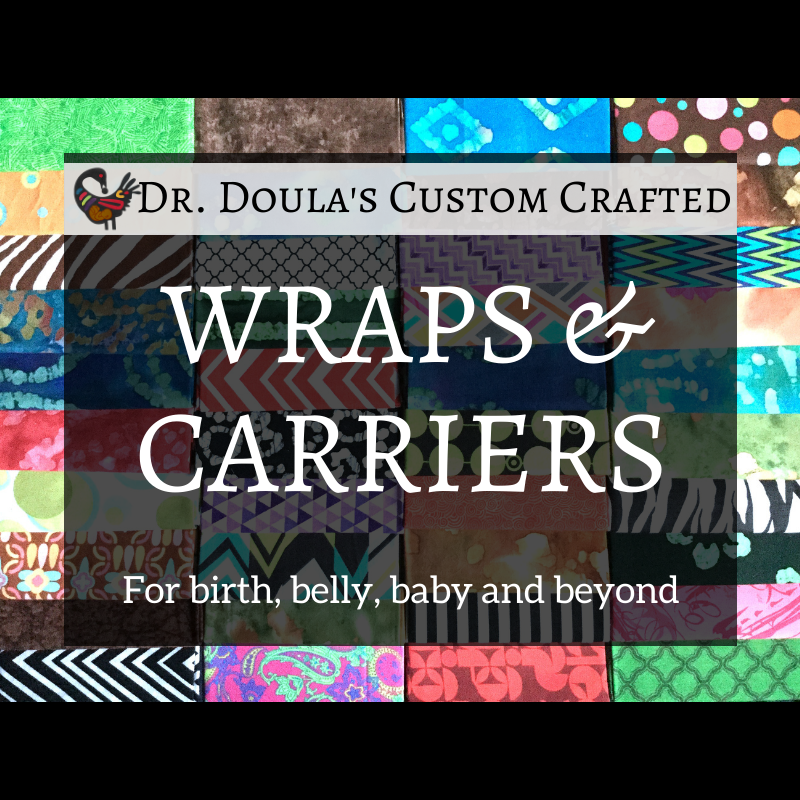 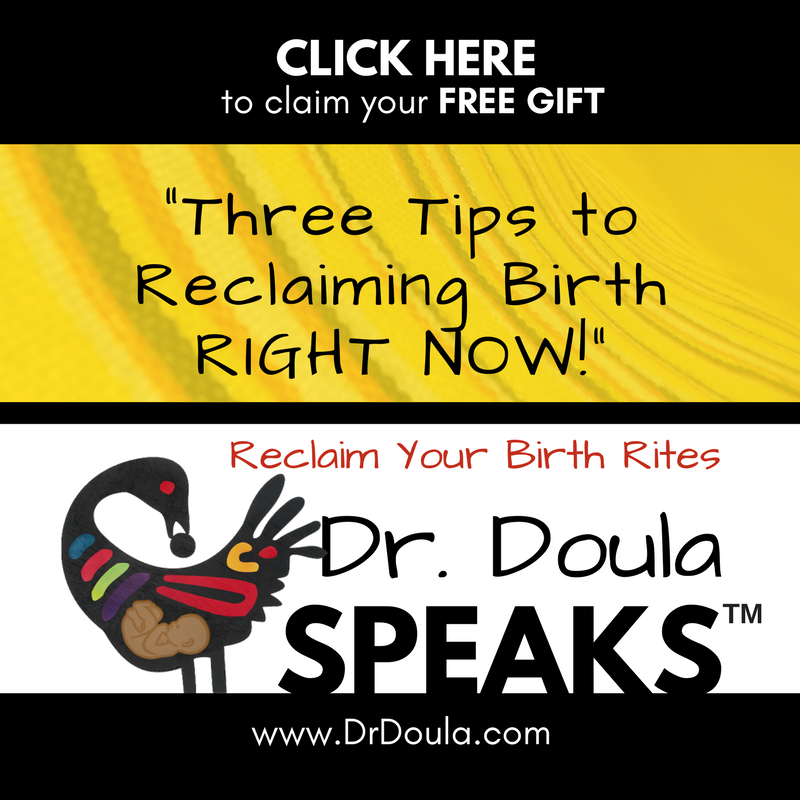